A Few Thoughts on Thursday’s Market:  I have very grave concerns about the situation in Washington DC., and what I view as a very strong possibility that the negotiations over the raising of the debt ceiling for the Federal Government will not go well and will result in a very negative situation for the U.S. Economy and the U.S. stock market.  However, I have to admit that the overall trend of the market is currently to the upside.  In Tuesday’s edition of the Sterling Market Commentary  I looked at the Dow Jones Transportation Average, and what I thought the measured move to higher levels would be if the Dow Transports completed a cup pattern that was being formed.  In order to complete the cup pattern the Dow Jones Transportation Average needed to closed above 5,618.  Well on the Dow Jones Transportation Average has closed above that level the last two (2) trading days. 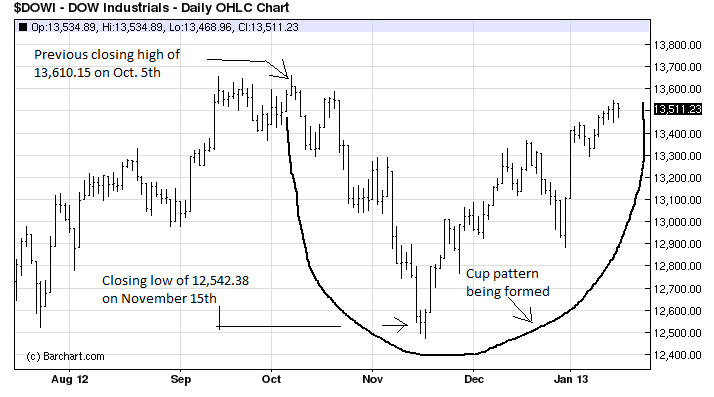 The Bottom Line:  I am expecting the overall market to continue to drift sideways with a slight upward bias.