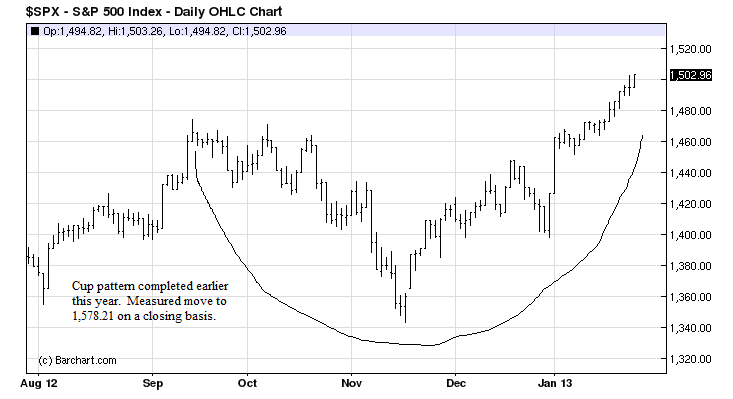 The Bottom Line:  I am expecting the overall market to continue to move higher.