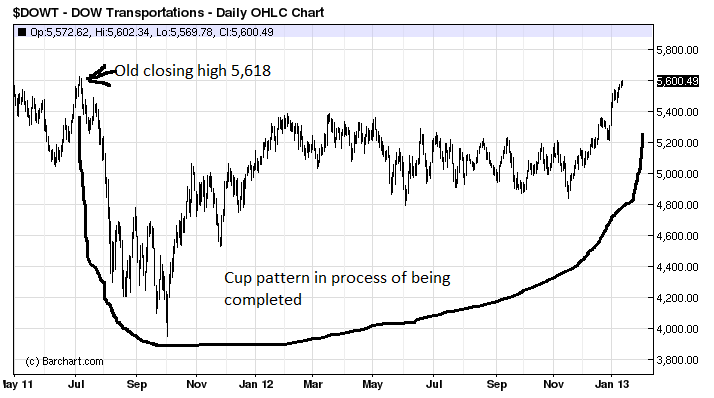 My thoughts are that the current move higher by the Dow Jones Industrial Average is being confirmed by the Dow Jones Transportation Average, and as a result we may see the overall market push new highs at some point this year.  However, I continue to see a great deal of political risk to the market.  I think there is a very good chance that the negotiations to raise the Federal debt ceiling are going to turn into a bare knuckled fight that is guaranteed to leave at least one side bloodied.  If this happens, any thoughts of the market setting significant new highs in the near future may be off the table for quite some period of time.

The Bottom Line:  I am expecting the overall market to track sideways with a slight upwards bias over the course of the next several trading sessions.