A Few Thoughts on the Upcoming Market: I should point out that despite the massive move lower over the course of the last couple of trading days, the market has not reached is not significantly over sold, in other words it could easily move a lot lower. I have written countless times about my belief that the Fed has created a bubble in the bond market of such size that when it bursts, it will make the bursting of the housing bubble look like child’s play.  I have also commented many times that I believe the Fed’s easy money policies has over inflated commodity prices. With the primary driver of the markets recent move lower being concerns over the ending of its Quantitative Easing programs, we got a taste of how the Fed has over inflated the markets and commodity prices as we have seen a sharp sell off in both stocks and commodities in the last few days. 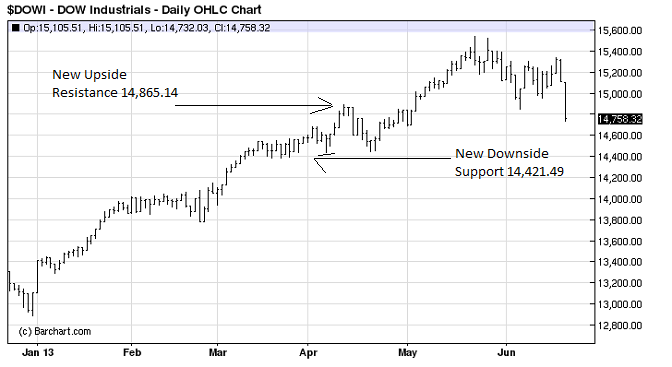 To see all of our Market Commentary blog postings, please visit: http://sterlinginvestments.com/category/market-commentary/